Which is the best poker variation?

Poker is a multifaceted game which takes just an afternoon to learn but a lifetime to master. There are dozens of variations originating from all corners of the globe and we take a look at what makes each of them unique. Hopefully this list will give you some inspiration to try a new form of poker soon – who knows you might find a new favourite for your weekly poker night or to enjoy poker games online. 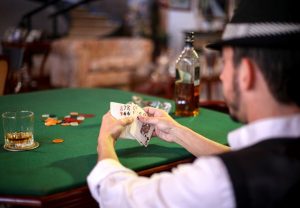 Texas hold ‘em is perhaps the best known variation of poker due to its TV coverage online in movies and eye watering tournament prize funds at the professional level. The 2022 World Series of Poker (WSOP) main event prize pool clocked in at over $80 million USD with the first prize of $10 million USD going to Norway’s Espen Jørstad – 8,663 entrants competed for the accolade.

Two ‘pocket’ or ‘hole’ cards (for your eyes only) are dealt to each player involved in the round and betting moves clockwise around the table starting with whoever is to the immediate left of the dealer button – which also moves one player to the left after each hand.

The first three cards are known as the ‘flop’, followed by a single card known as the ‘turn’ and finally the last card, the ‘river’. A round of betting takes place between each community card deal with the added option of ‘checking’ (passing without betting) if your bet is still equal to the largest bet in the pot.

The player that wins the pot is whoever has the strongest five card hand from a combination of their own hole cards and the community cards after all betting has taken place or whoever still has a live hand after everyone else has folded.

Blinds ensure there is always something in the pot to play for throughout each hand and encourages players posting blinds to participate in the hand – and not fold every hand until they receive the best cards. During tournaments, the blinds increase as the game progresses to ensure the elimination of players until a winner is found.

Due to its popularity there are often highly proficient players at every Texas hold ‘em table so it can be daunting for a beginner to make their mark. However, new players come to the game every day so you shouldn’t struggle finding low stakes options for novices until you get your eye in. If you’re ever in receipt of an invitation to a poker evening, it’s more than likely to be a version of Texas hold ‘em being played so it makes sense learning this variant first. Learning psychology online can also help beginners read their opponents when it comes to pivotal hands that can affect the overall outcome of the game.

Stud is the second oldest form of poker, after straight poker, where players are dealt a combination of face up and face down cards individually – there are no community cards. In a round of seven card stud, each player initially receives two ‘hole’ cards face down and one ‘door’ card or ‘3rd street’ face up followed by the ‘4th’, ‘5th’, ‘6th street’ and finally the ‘river’ (the ‘river’ is also dealt face down).

The player with the lowest ‘door’ card posts the bring-in and betting starts with them. Betting rounds take place after every deal and suits are ranked in alphabetical order. Stud features an ante, a mandatory bet which is the cost of being dealt into the hand.

The winning hand is the best five cards formed from the seven that each player has been dealt. Seven card stud is an extremely fun variant of poker with many rounds of betting and an exciting hidden river card to add to the tension. With seven cards being dealt to each player, there’s an abundance of information to process so it might not be the best format for newcomers to the game. 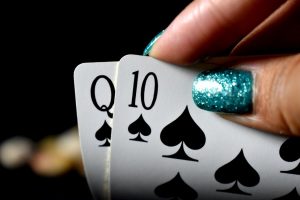 Draw poker involves a mandatory ante to be dealt into the game and five hidden cards dealt to each player. After one round of betting players can choose to exchange one, two or three cards from their hand in order to create a stronger hand.

A final round of betting follows and then any players remaining must show their hand. Five card draw is a very simple game with only minimal betting strategy so is great for home games, but won’t often be encountered at casinos or tournaments for the same reason.

Omaha is another community based poker game (like Texas hold ‘em) and each player is dealt four private ‘hole’ cards. Five community cards are dealt in the centre of the table and players must build their best hand from exactly two of their hole cards and three of the community cards.

Omaha is a great game for competitive poker players and with plays formed from a total of eight possible cards, you’re likely to encounter some strong hands.

Straight poker is the purest form of the game – the roots of poker – where a complete hand is dealt to each player with raising and reraising allowed. Straight poker is fun and still enjoyed globally but for competitions, more complex forms of the game allow for more advanced strategy and skill levels. 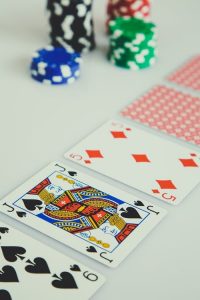 A sit and go poker tournament simply means a tournament that begins as soon as the table reaches capacity. It’s common to find sit and go tournaments online but they are also found in casinos and they provide players with good value for their investment.

Due to its prevalence both online and at casinos worldwide, Texas hold ’em probably takes the crown of the best poker variation going. If you can master Texas hold ‘em you’ll never be short of some worthy opposition but ultimately, you should choose the game that gives you the most enjoyment.

Through reading tips online you can learn the ins and outs of any hobbies not just poker to help you get better at your chosen skills, first-lawcomic.com provides up to date knowledge to get you started!

How to go viral on TikTok?

Fool-Proof Ways to Find the Best Online Casino for You